That’s why this band, unlike others, doesn’t consist of one singer and several musicians, but of seven singers who also sing the instruments. Guitar riffs, solos and basslines, everything is produced by voices. Except for the drums. Because without those it wouldn’t sound like Metal. And to be honest, nobody could beatbox a double-base the way Van Canto’s bombastic songs require.

Founded in 2006, they changed a whole genre with “A Storm to come” and the video clip  to “The Mission”. By now there are seven albums, one audio book and more than a dozen videos clips.

Van Canto performed several times at Wacken Open Air and tours all of Europe as headliner. 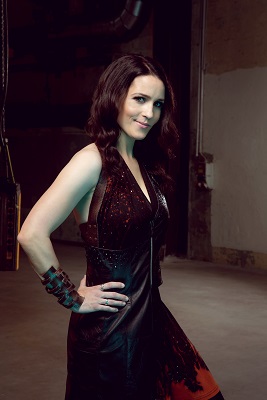 In a band where almost everybody sings and where everybody else is a man you need a really good female singer among your ranks. Inga certainly is one of those. Whether performing a soulful ballad or PowerMetalsong, original composition or cover song, Inga doesn’t need to hide. She demonstrated this by covering Nightwish’s "Wishmaster", and the new song "Neverland" is every bit as good.

If you need additional proof, a concert is the place to get it. Not every band can claim that their lead singer closes a concert with Iron Maiden’s "Fear of the Dark" – which sounds just awesome! 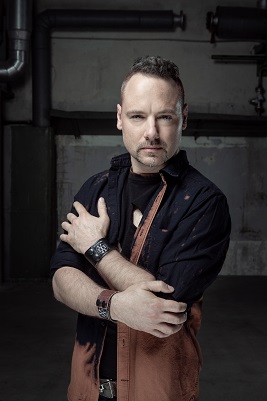 Hagen is Van Canto’s newest member and fills Sly’s spot. That might not be easy but he’s doing more than okay. His smoky voice is an invitation to growling along and provides new shades for new Van Canto songs as well as live performances of older ones.

Additionally to singing, he is also a songwriter. Among other songs, the new "Back in the Lead" was co-penned by him. 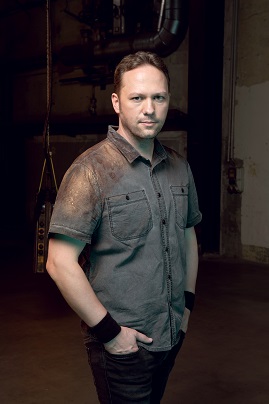 Stef is Van Canto’s band leader and mastermind. Onstage, his sung guitar solos provide lots of headbanging potential and backstage, he comes up with lots of new songs. "The Mission", "Badaboom", "To Sing A Metal Song", "If I Die in Battle" – those and a whole lot more lyrics were written by him.

And because he seems to have nothing but time, he also leads another band – Heavatar 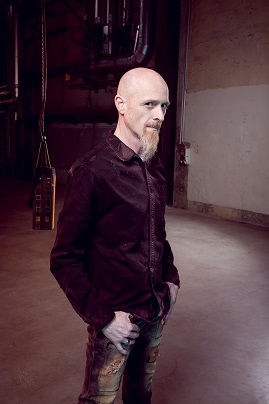 Ross is a Scotsman! Ross gets them going! When "Rebellion" starts playing he is front and center! Ross sings the higher Rakka-Takka melodies and his intoxicating stage personality makes everybody push their limits, whether it’s audience or band!

Ross coauthored several songs, including “One to Ten”. He also provides lead vocals to a cover version of Black Sabbath’s “Paranoid”!

Next to Van Canto he’s a member of another band: The Display

What would Metal be like without a deep, booming bassline? Exactly! We’d rather not imagine that either. Fortunately we have Ike! Cause Ike’s responsible for bass. Check out this piece in "Melody".

But he’s not only good at hitting the low notes: "Danger in my Head", "Unholy" and "Darkest Days" are only a small collection of songs he coauthored. We are happy to have Ike back! 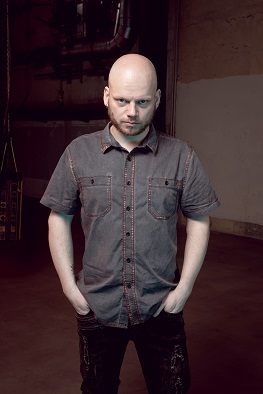 We’ve known Jan for some time, he was a member of Stimmgewalt and has supported Van Canto on tour with his great voice before. When Ike left Van Canto temporarily Jan stepped into the breach and took over the bass parts. And now? What’s better than one bass singer? Right! Two bass singers!

His talents are manifold, too. Next to music his bag of tricks includes an honest to goodness fireshow. 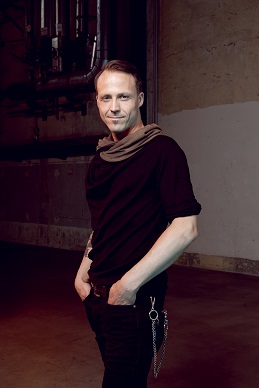 Just the drummer? Well, that’s an in-joke from an interview. Seek, and ye shall find. ;-)

Basti is many things, but not “just” the drummer. His musical talent doesn’t only show behind his drum kit. After all he is also a singer and plays the piano in his second band In Legend. He is a strong influence in Van Canto’s style and contributed songs like "The Seller of Souls" and "My Utopia". 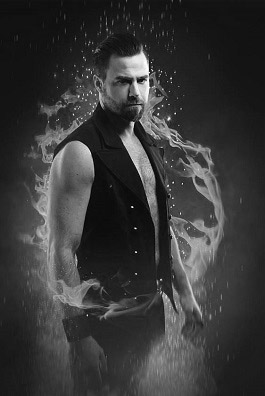 Lead singer Sly was one of Van Canto’s founding members. His are songs like “Last Knight of the Kings”. In 2017, he left for personal reasons.