It’s been six years since Van Canto released another Power Metal highlight with a Sabaton cover song on their album “Break the Silence”. This song should become a little anecdote about Sly…

It was the concert in the Dortmund FZW, the final concert for the “Break the Silence” tour. After the fan club noticed Sly having his problems performing “Primo Victoria” a little help was designed. They made two big cardboard signs and wrote the two verses on it. These should be raised in due time in front of the stage so that Sly could do his part.

The mission proved a success. There was a little lyrics’ lack due to the action that took Sly completely by surprise. The band thought the idea to be awesome and signed one of the signs after the concert. Here’s the proof: 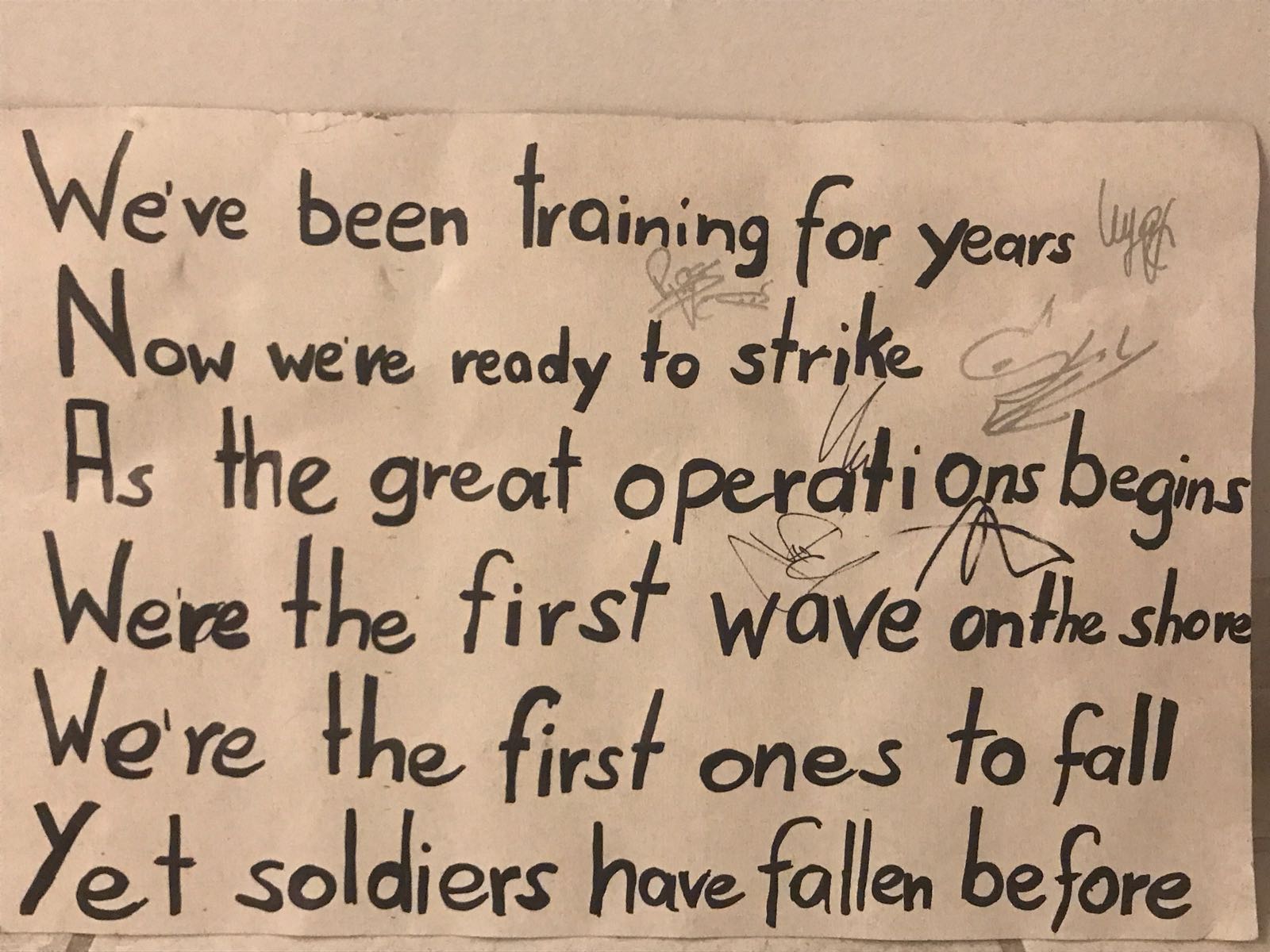 Of course the video was made without any lyrical incidents! Have fun with “Primo Victoria”.