The sixth studio album is definitely not your garden-variety Van Canto album. They took on a cross media project again – this time for real!

The project doesn’t only include Van Canto’s album but also a book, written by Christoph Hardebusch. Both parties influenced and inspired each other in the creation of this unique work. An audiobook (narrated by Ferenc Husta) was also produced. Furthermore, there is  a Earbook version which contained another CD with bard songs from the book – performed by Van Canto and… in German!

“Voices of Fire” narrates a story:

In the world of “Voices of Fire”, Evil is thought to be long defeated. . But when something deep in the ocean starts to rumble, young queen Elena goes on a quest for help to protect her people. En route she meets disenchanted bard Aiden, whose voice could unfurl magical powers – if only he would dare use it. Together with their companions and some unexpected allies they march into battle against the Fifth Dragon, a creature of darkness, who is awakening to enslave the world.

This story of Elena and Aiden Van Canto is set to music in thirteen epic songs. The album highlights the book’s key moments.

The Choir Academy Dortmunds’s Children Choir and the London Metro Voices contributed as well. Brownie points for everybody who recognized actor John Rhys-Davies (“Gimli” from “The Lord of the Rings”), who provided a narrated introduction to the songs. And last but not least, our fan club participated, too – as a ten-men shout choir! 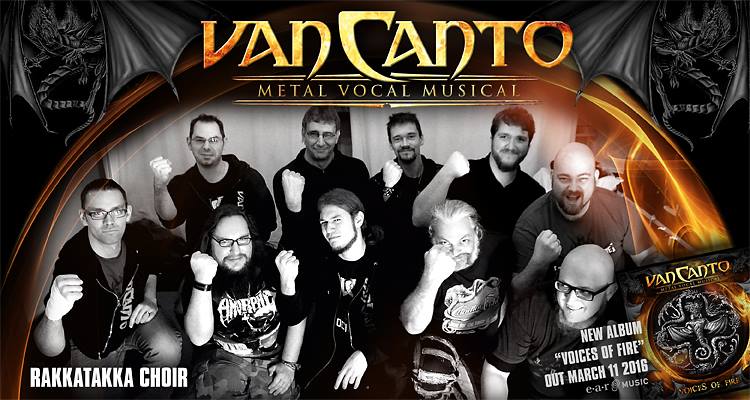 For the songs “Clashings on Armour Plates” and “The Bardcall” videos were also produced. In the latter, again our fan club and befriended LARPERs participated.

After working on this album, there were some changes to the band. Ike left for personal reasons. His place was taken by Jan from the band Stimmgewalt.

In early 2016, after the release of album, book, audiobook and bard songs, Van Canto and Christoph Hardebusch went on a big tour through Europe, called “Metal Vocal Musical”, which started at the Leipzig Book Fair and ended in the rock club “Batschkapp” in Frankfurt. 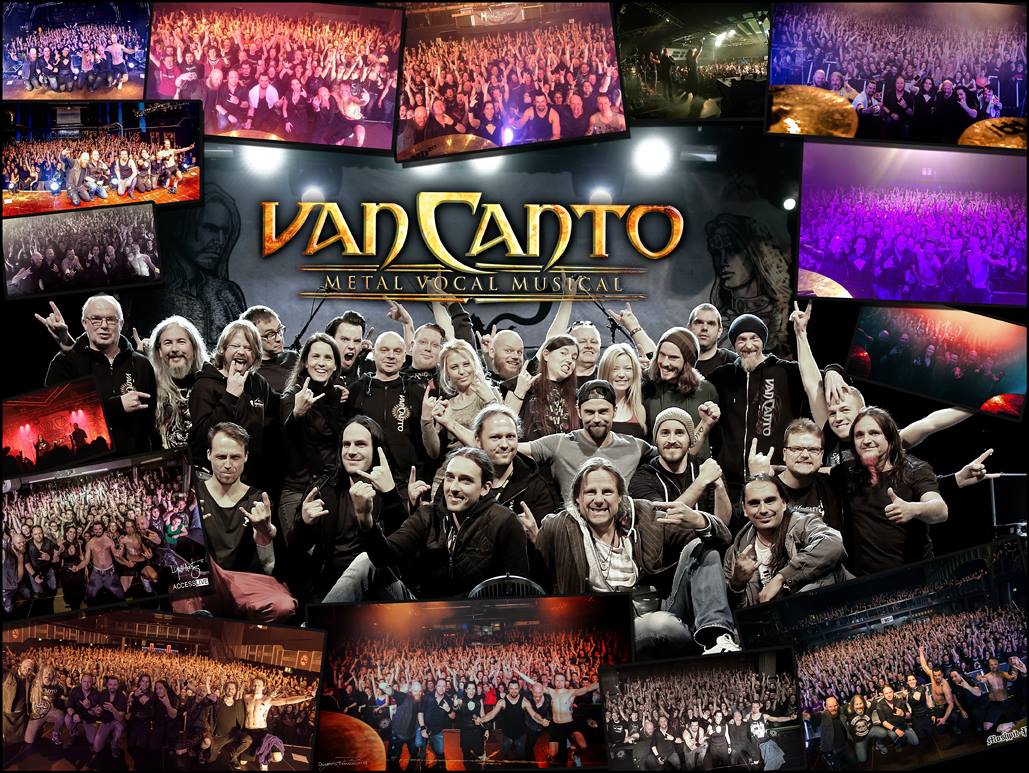